Daniel Van Klei lived in numerous rural areas of British Columbia and would often explore the fields and forests on his own. Living in remote areas meant that he spent a lot of time traveling in vehicles where he would constantly catch the frame of the shifting world through the car window. These early experiences were instrumental in shaping his perspectives of his subjects, both as a painter and photographer. His viewpoints further expanded when he completed his private pilot’s license and began to experience the earth from above, from a different, more abstracted perspective.

Daniel pursued his formal education at Simon Fraser University and completed both a B.A. and a B.Ed. in Visual Art.   After graduation in 1997, Daniel taught art photography and painting and general art at high school. This was a lot of fun for him and his spare time was spent climbing and hiking and pursuing black and white photography and painting. His paintings and award-winning photography garnered attention across Canada and the U.S.A. in Washington, Seattle and Ottawa.

His work has been recognized in public collections in the Government of Canada, McMaster University and Hillebrand Estates Winery. Hillebrand, known for its longstanding support of the arts, selected Daniel’s painting Big Sugar II, a sugar maple tree, to grace the bottles of their 2007 Artist Series Limited Edition Chardonnay, noting his work represented the diversity of the Canadian culture. In 2010, paintings from his Sugar Maple Series formed part of the art installation for the G20 and G8 Summit meetings held in Ontario.

Daniel’s work exhibits stillness, purity and simplicity while dynamic in form. Grooved texture comes from multiple layers of acrylic paint which are thick and substantial. The incorporation of metallic paint creates rich visual interest and the use of collage forms specific aspects of the composition and provides a source of meaning making and story-telling. Symbolic threads or stories interwoven throughout the canvas, either hidden or obvious are present in Daniel’s work.  While he often thinks about these connections while he paints, he rarely speaks of these experiences so as not to interfere with the viewer’s own response to his work.

Daniel’s tendency towards ambiguity and abstraction in his works are often established around more tangible yet elusive elements such as wind or water. These elements are deceptively simple things that everyone experiences every day and yet are difficult to describe without using emotional symbolic references. His work refers to his personal experiences of sensing a space and all of life’s elements. He values the unknown, questions exactly where one is going, with a belief that there are no coincidences. 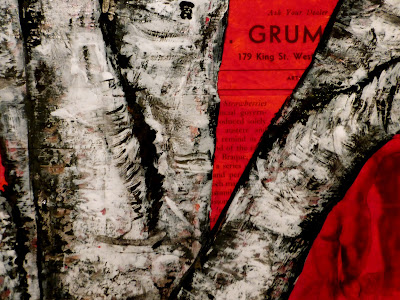 Posted by Ian Whistle at 4:33 PM No comments: 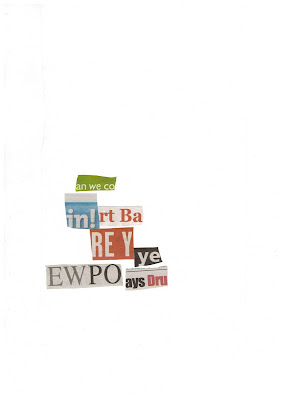 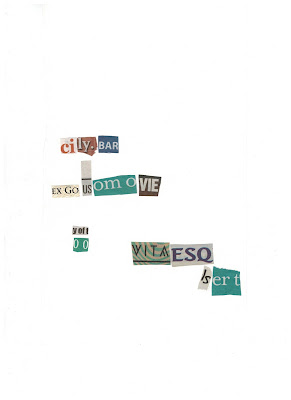 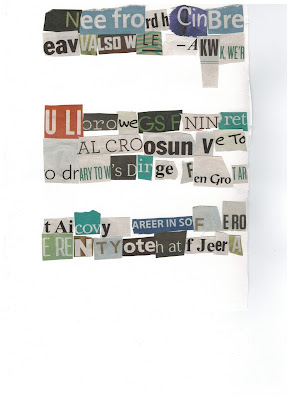 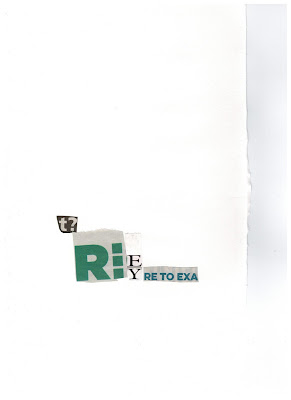 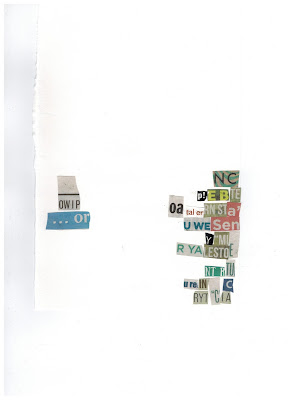 Posted by Ian Whistle at 5:09 PM No comments:

Dr. Derek Beaulieu is the author of the collections of poetry with wax, fractal economies, chains, silence, kern, frogments from the frag pool (co-written with Gary Barwin) and Please no more poetry: the poetry of derek beaulieu (Ed. Kit Dobson). He has also written 3 collections of conceptual fiction: flatland, Local Colour and How To Write (Nominated for the W.O. Mitchell Award). He is the author of two collections of essays: Seen of the Crime and The Unbearable Contact with Poets. Beaulieu co-edited bill bissett’s RUSH: what fuckan theory (with Gregory Betts), Writing Surfaces: fiction of John Riddell (with Lori Emerson) and Shift & Switch (with angela rawlings and Jason Christie). He is the publisher of the acclaimed no press and is the visual poetry editor at UBUWeb. Beaulieu has exhibited his work across Canada, the United States and Europe and is an award-winning instructor at the Alberta College of Art + Design. Derek Beaulieu was the 2014–2016 Poet Laureate of Calgary, Canada.

Posted by Ian Whistle at 5:11 PM No comments:

Eileen R. Tabios loves books and has released about 40 collections of poetry, fiction, essays, and experimental biographies from publishers in nine countries and cyberspace. Her most recent are THE CONNOISSEUR OF ALLEYS (Marsh Hawk Press, 2016) and INVENT(ST)ORY: Selected Catalog Poems and New 1996-1915 (Dos Madres Press, 2015). With poems translated into eight languages, she also has edited, co-edited or conceptualized ten anthologies of poetry, fiction and essays in addition to serving as editor or guest editor for various literary journals.  She maintains a biblioliphic blog, “Eileen Verbs Books“; edits Galatea Resurrects, a popular poetry review; steers the literary and arts publisher Meritage Press; and frequently curates thematic online poetry projects including LinkedIn Poetry Recommendations (a recommended list of contemporary poetry books).  More information is available at http://eileenrtabios.com 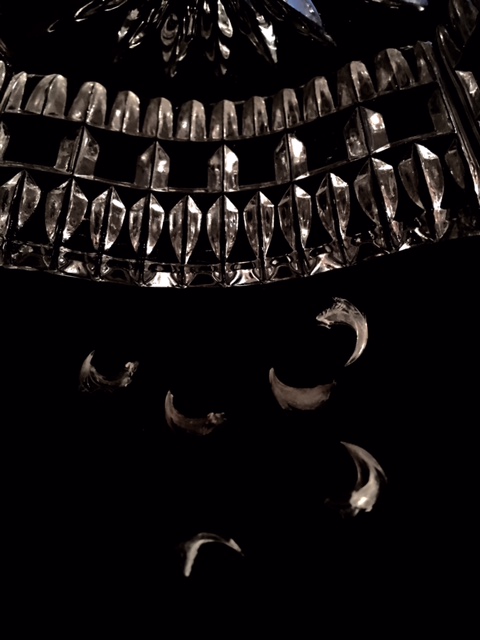 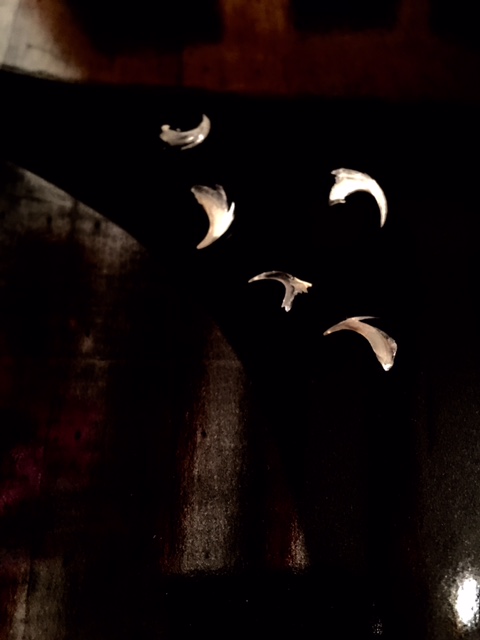 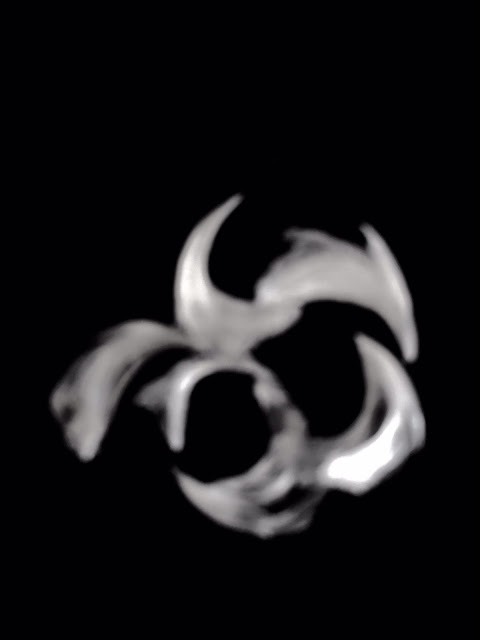 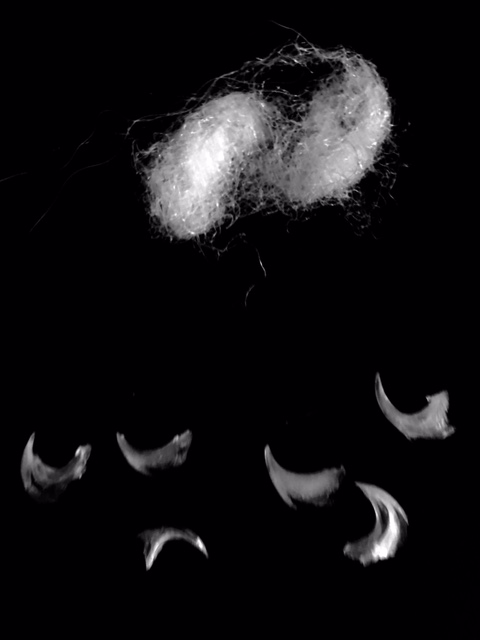 Posted by Ian Whistle at 5:00 PM No comments: 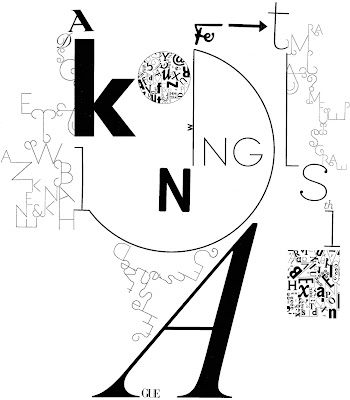 Posted by Ian Whistle at 4:22 PM No comments:

Mark Young's most recent books are Bandicoot habitat & lithic typology, both from gradient books of Finland.  An e-book, For the Witches of Romania, is due out from Beard of Bees. Recent visual work has appeared / is to appear in BlazeVOX, Word for / Word, Shuf Poetry, Of/With, & Tip of the Knife. 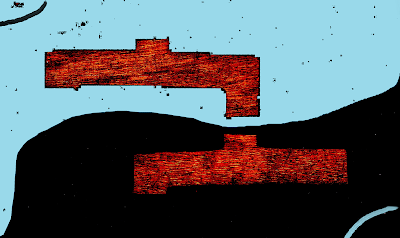 Posted by Ian Whistle at 5:10 PM No comments: